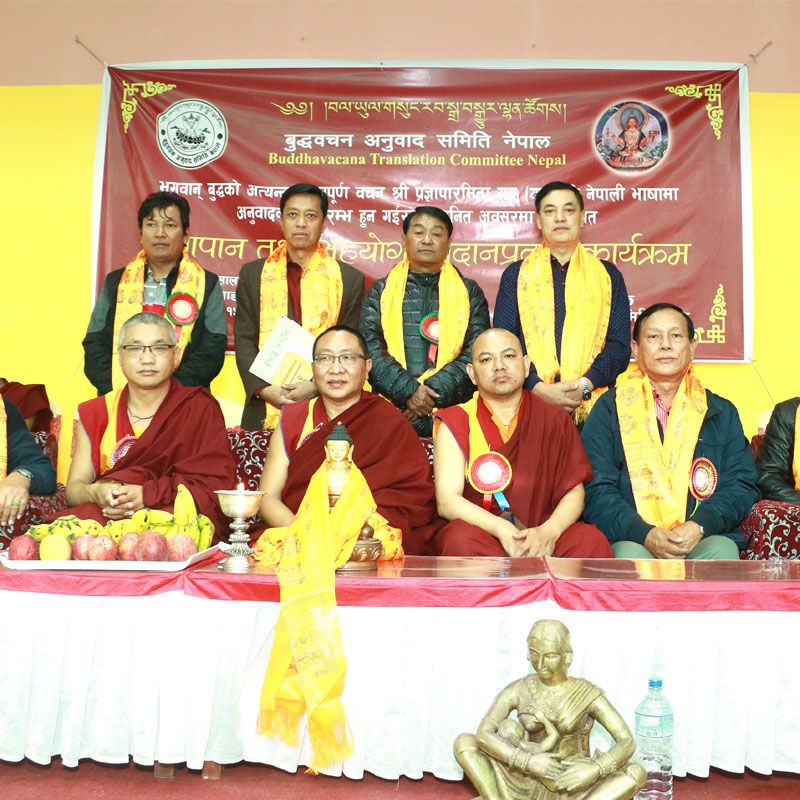 Buddhavacana Translation Committee, Nepal (BVTCN) was founded on August, 2017 at the brisk initiative of Mr. Tika Lama Sherpa Thubten Kalsang, Tibetan-Nepali Translator. It was a revamped and a reengineered version of Triratna Translation Committee which was established on 2007 and conducted chiefly by chief translators and editors like Mr. Tika Sherpa, Mr. Milan Shakya and Mr. Sampurna Kumar Lama. The new translation committee was a product of the ambitious project of translating Prajnaparamita Sutras (aka. Yum in Tibetan) from Tibetan to Nepali language. Primarily, it aims at translating Buddhist texts from Sanskrit, Tibetan, English and so forth into simple Nepali language.

Therefore, even the name itself suggests, its entire efforts will directed towards making the Words of Buddha (Buddhavacana) with its classical and modern commentaries in those primary and secondary languages available to the mass Nepali speaking populace of any ethnic identity and background whatsoever.